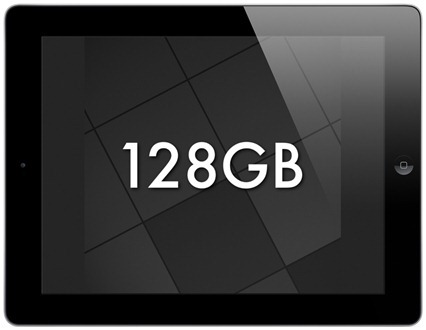 The previous iPad 4 with 64GB is available for Rs 39,900,so if you really have that much content to store instead of buying the 64GB model you can get the new 128GB model of iPad by spending an extra Rs. 10,000.

Should you buy the new ipad with 128GB?

Yes,If you have that many files,photos,music and games etc to store then you can buy the 128GB version of the iPad 4 which provides double the storage space.

What to do if I already bought the 64GB iPad?

If you have many files to store and your 64GB iPad is out of storage space,then you can rely on some cloud storage sites like Google Drive or Dropbox.