Paper App for PC Facebook has introduced a new news reading app called "Paper" similar to Flipboard that provides interesting stories on different topics(Android to Apple) from around the world to which the users can subscribe and read on their smartphone or tablet.

Apart from providing a personalized news reading experience the Paper app also adds a extra layer of the Facebook feed to view your Facebook stories in a clutter free way, You can also share your own stories and photos. 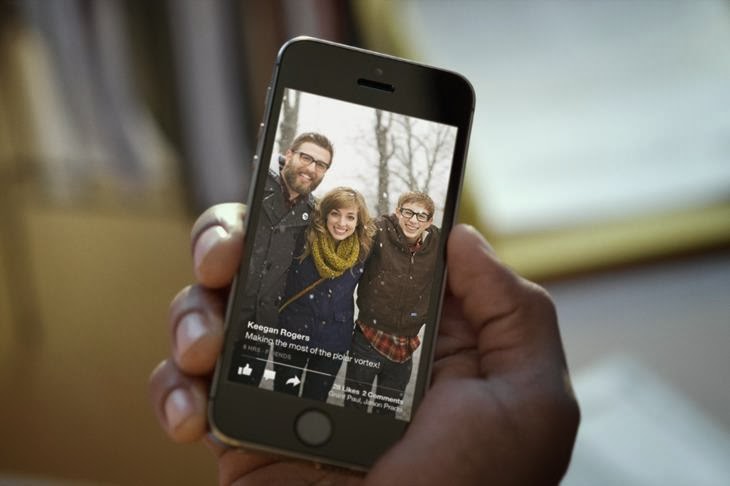 The design of the Paper app is what draws the users attention, The app features a simple flat interface and mostly white background, The design of the app focuses mainly on the user experience rather than on extra bells and whistles. The Flipping effect looks cool tough.

Paper for iOS: The Paper app will be released on Feb 3 for iOS and can be downloaded from the App store.

Paper for Android: Facebook has not yet confirmed the launch of Paper app for Android but is expected to launch the app soon on this popular mobile platform.

Once the app is launched on Android you can follow this guide to install the paper app on you Windows PC or Mac.

Download the bluestacks app player available for both Windows and Mac from here, After installing the app open the app player and search for the Paper app and install it.

If the above method doesn't work download the APK file,open it using the Bluestacks softwre and install the app.