The iPad optimized app offers most of the features that the PC version provides and Microsoft has also release the Excel and PowerPoint apps for iPhone and iPad. 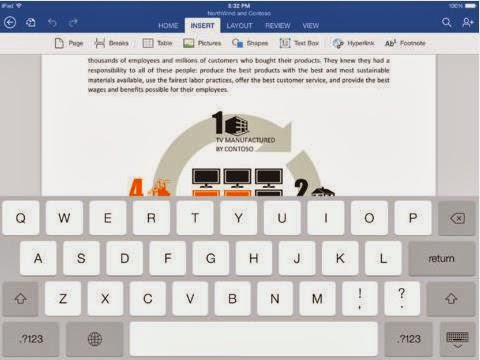 There is one big benefit of downloading the Microsoft word app for iPhone. Unlike iPad users, iPhone users doesn't require a office subscription.