As the name suggests, the Google Now Launcher provides total standard vanilla experience. This launcher was initially known as the Google Experience Launcher and first came to market with the Nexus 5. It was later launched on Play Store just for Nexus devices. Now Google has made it openly available in the Play Store for almost every Android device out there including the upcoming Samsung galaxy S6 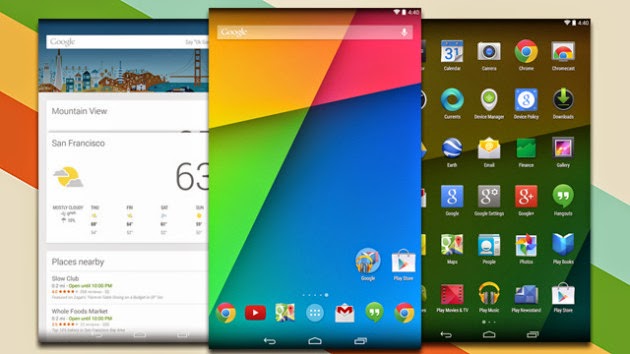 It is a very basic launcher that is easy on resources and would be loved by people who like minimal UI. Google Now is always available just by swiping right to the left-most screen. Given that you have turned Google Now on for your account.

It also supports the OK Google! Command on the home screen which is quite cool to use and easy to access Google search. So, it’s a simple launcher official from Google and provides a very basic and minimal experience to the user.

This is probably the most used and most famous third party launched available officially for Android today. It comes with plethora of features and has two versions one free and another paid which is known as Nova Launcher Prime. 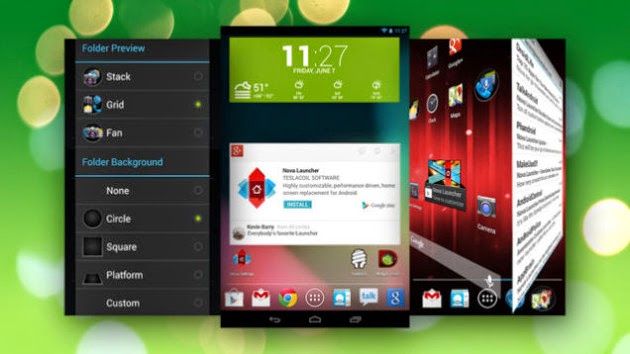 You have amazing options and opportunities of the amount of customization you can do with the help of this launcher. You have the freedom to customize icons, animations, grid size, animation speed and so much more.

This launcher is very lightweight and provides easy migration if you are using some other launcher as well. It takes up very less amount of RAM and it is developed by very good developers.

It also supports themes through which you can change the total look and feel of the launcher and you have the liberty of using any icon pack you want. Just install your favorite icon pack and you are good to go.

Aviate launcher first gained its popularity when it was released with an invite system. Most of these invite systems are used to create hype among people and gaining popularity on social media.
Talking about the launcher, Aviate claims that it is the first “smart” home screen which changes and works as you use it. It is very simple when it comes to looks and organizes all the apps in different categories automatically. These apps will change according to the time of the day and you can set it again if you want. 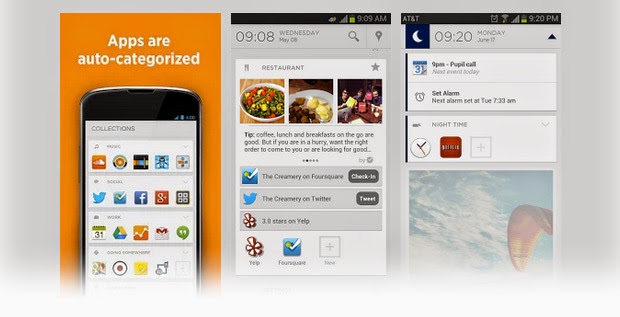 Example, if you are at a gym, the Aviate launcher will show you the fitness related apps that you might wanna use and track your health and stuff. Sounds good, right? This is what makes the Aviate launcher smarter than the rest as it checks on various things like location and everything to show apps that you can use. Aviate was taken over by Yahoo!

When it comes to dynamic and smart launchers, Yahoo Aviate is not the only one. We have another player who claims to be a smart launcher and this is known as the EverythingMe Launcher.

The idea for the launcher started when it was made into a launcher where you can speak to your phone about “What’s on your mind?” and then the launcher would suggest you the apps to use. The options still exist but the newer versions also come with features where the launcher would show you apps suitable for use by checking the time and location. Sounds good? I know it is worth a try. 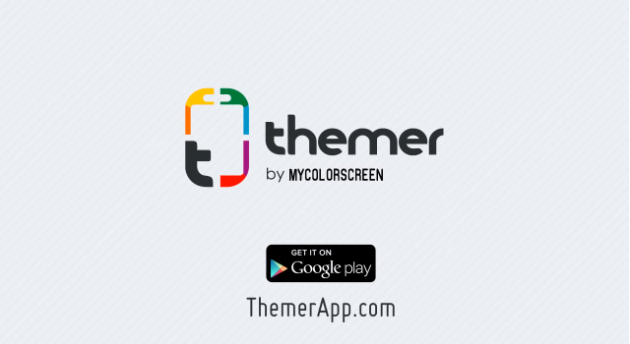 If you are an Android smartphone user from a long time you might be knowing about how customizable this OS is and there are a lot of community forums and sites there where people showcase the customizations they made to their device. One such website is known as MyColorScreen and Themer is an Android launcher which allows you to download and apply various themes from MyColorScreen and apply any of them without any hassle.

So this was a list of Best launchers for Galaxy S5. If you have any doubts then you can let us know via the contact us page.