2048 APK, Gabriele Cirulli, the original creator of the popular 2048 game has released the official version of the game for Android and you can download it from the Google play store, Similar to Flappy Bird one of the most played mobile game in recent times 2048 too suffers from identical clones, there has be many clones of the 2048 game which has the same gameplay adapted from the original version made by Gabriele and though the official version is released now the users might not be able to point which game is the official one. 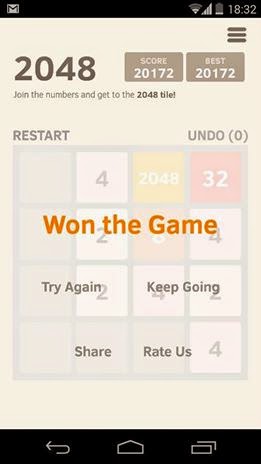